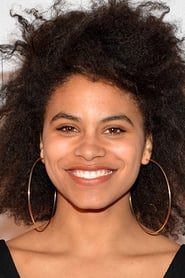 Zazie Beetz is a German born, American actress best known for the role of Vanessa on Atlanta. In 2016 she also appeared in the Netflix anthology series Easy. Performing in community theaters and local stages since childhood, Zazie found her joy in grade school and grew up acting as a girl. A German-born New York native, Zazie was raised between Washington Heights and Berlin, speaking both... Read more