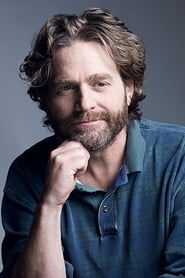 ​Zacharias "Zach" Galifianakis is an American actor and stand-up comedian.  He is most widely known for his role as Alan in 2009's The Hangover, the highest grossing R rated comedy ever.  Prior to his explosion to the main stage Galifianakis was known mainly for his stand up act, which features a large amount of absurdist and self deprecating humor. Zach had worked for several years in... Read more