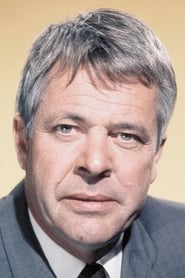 William Windom was an American actor. He is perhaps best known for his work on television, including several episodes of The Twilight Zone; playing the character of Glen Morley, a congressman from Minnesota like his own great-grandfather and namesake in The Farmer's Daughter; the character of John Monroe on the sitcom My World and Welcome to It, for which he won an Emmy Award for Best Actor... Read more