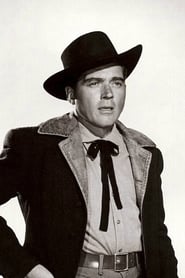 William Paxton Bishop (July 16 1918 - October 3 1959) was an American television and movie actor from Oak Park, Illinois. He was best known for his role as Steve Connors on the 1950's NBC comedy series It's a Great Life[1] and for his roles in films including Harriet Craig, The Killer That Stalked New York and in numerous B-Movies and westerns such as The Tougher They Come, Gun Belt, The Basketball Fix, Cripple Creek and Wyoming Renegades.