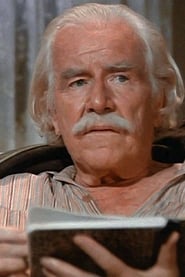 Will Geer (March 9, 1902 – April 22, 1978) was an American actor and social activist. His original name was William Aughe Ghere. He is remembered for his portrayal of Grandpa Zebulon Tyler Walton in the 1970s TV series, The Waltons.

Geer made his Broadway debut as Pistol in a 1928 production of Much Ado About Nothing, created the role of Mr. Mister in Marc Blitzstein's The Cradle... Read more