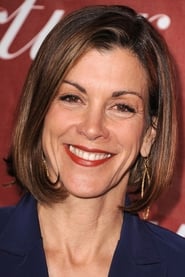 Wendie Malick is an American film and television actress and former fashion model, best known for her comedic television roles as Judith Tupper Stone in the HBO series "Dream On", as Nina Van Horn in the NBC sitcom "Just Shoot Me!", as Victoria Chase in "Hot in Cleveland", and for her recurring role as Ronee Lawrence on the final season of "Frasier".