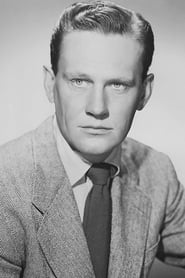 Wendell Reid Corey (March 20, 1914 – November 8, 1968) was an American actor and politician. He began his acting career on the stage, doing a number of productions in summer stock. His Broadway debut was in Comes the Revelation (1942). After appearing in a number of supporting roles, he scored his first hit as a cynical newspaperman in Elmer Rice's comedy Dream Girl (1945). While... Read more