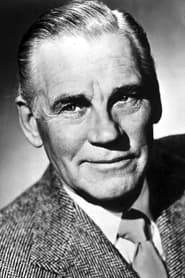 Walter Huston was a Canadian-born American actor. He was the father of actor and director John Huston and the grandfather of actress Anjelica Huston and actor Danny Huston.

Born Walter Houghston in Toronto, Ontario to an Ulster-Scottish father and a Scottish Canadian mother, he began his Broadway career in 1924. Once talkies began in Hollywood, he achieved fame in character roles. His first... Read more