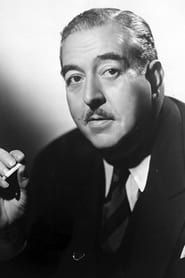 The name may have been forgotten, especially today (seven decades later), but the portly, apoplectic, exasperated figure on the 1930s screen wasn't. While his film career, save a couple of silents, lasted a paltry seven years (1932-1939), character actor Walter Connolly certainly ran the distance. While some film historians complain that a number of his performances were annoying or overbaked,... Read more