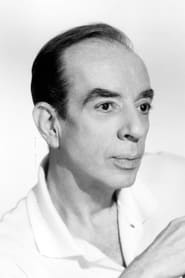 Vincente Minnelli, born in Chicago, was an American stage director and film director, famous for directing such classic movie musicals as Meet Me in St. Louis (1944), Gigi (1958), The Band Wagon (1953), and An American in Paris (1951). An American in Paris and Gigi both won the Academy Award for Best Picture, with Minnelli winning Best Director for Gigi. In addition to having directed some of... Read more