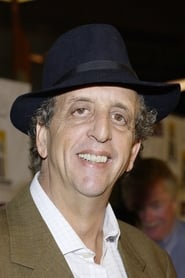 Vincent Andrew Schiavelli was an American character actor and food writer noted for his work on stage, screen, and television, often described as "the man with the sad eyes." He was notable for his numerous supporting roles. Schiavelli was also well known for his height, standing 6 ft 6 in (1.98 m). He often attributed his unique facial appearance and great height to Marfan syndrome.