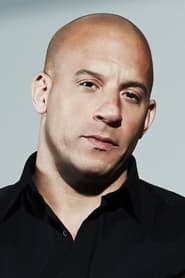 Mark Sinclair (born 18 July 1967), known professionally as Vin Diesel, is an American actor, producer, director and screenwriter. He is best known for playing Dominic Toretto in the Fast & Furious franchise and is one of the highest-grossing actors of all time.

He began his career in 1990 but struggled to gain roles until he wrote, directed, produced, scored, and starred in the short film... Read more