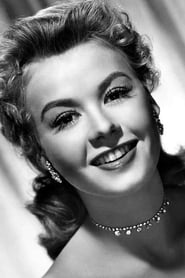 Vera-Ellen (February 16, 1921 - August 30, 1981) was an American dancer and actress. She began dancing at the age of 10, and a few years later became one of the youngest Rockettes. She appeared in several Broadway musicals until she was spotted by film producer Samuel Goldwyn in 1945. She was only 24 years old when Goldwyn cast her opposite Danny Kaye in Wonder Man (1945). She danced with Fred... Read more