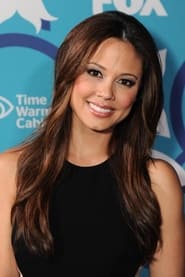 ​.   Vanessa Joy Minnillo (born November 9, 1980) is an American television personality, television host, model, and actress. A former Miss Teen USA, she has been a New York-based correspondent for Entertainment Tonight and a host of Total Request Live on MTV. She was the host of the Miss Universe 2007, which was held at Mexico City, Mexico, in the National Auditorium, with Mario Lopez.