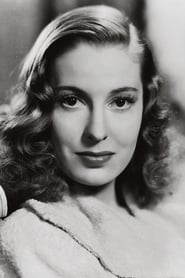 Valerie Hobson (14 April 1917 – 13 November 1998) was a British actress who appeared in a number of British films during the 1940s and 1950s. She was born Babette Valerie Louise Hobson in Larne, County Antrim, Ireland.

She appeared as Baroness Frankenstein in Bride of Frankenstein (1935) with Boris Karloff and Colin Clive, taking over the role from Mae Clarke, who had played it in the... Read more