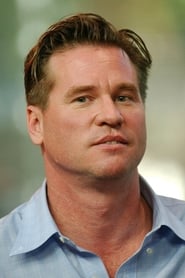 Val Edward Kilmer (born December 31, 1959) is an American actor. Originally a stage actor, Kilmer became popular in the mid-1980s after a string of appearances in comedy films, starting with Top Secret! (1984), then the cult classic Real Genius (1985), as well as blockbuster action films, including a role in Top Gun and a lead role in Willow.