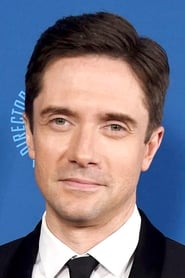 Christopher John "Topher" Grace (born July 12, 1978) is an American actor. He is best known for his portrayal of Eric Forman on the FOX sitcom That '70s Show, Eddie Brock/Venom in the Sam Raimi film Spider-Man 3, and Edwin in the 2010 film Predators. He stars as Tom on the ABC comedy Home Economics.