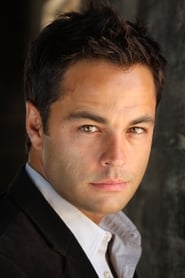 ​. Tobias Mehler (born April 1, 1976) is a Canadian actor who has appeared in film and television productions. Some notable roles include d'Artagnan on Young Blades, Zak Adama on Battlestar Galactica and Lieutenant Graham Simmons in Stargate SG-1. He appears opposite Charlize Theron in Battle in Seattle, was a regular on the Canadian series Robson Arms for two seasons, and played a lead in... Read more