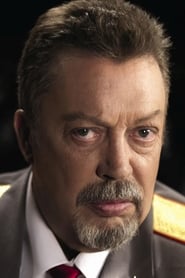 Timothy James Curry (born 19 April 1946) is an English actor and singer. He is known for working in a diverse range of theatre, film, and television, most often portraying villainous characters. Curry rose to prominence with his portrayal of Dr. Frank-N-Furter in The Rocky Horror Picture Show (1975), reprising the role he had originated in the 1973 London and the 1974 Los Angeles stage... Read more