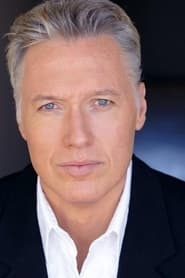 Thomas Ian Griffith (born March 18, 1962) is an American actor and martial artist. He is best known for portraying Terry Silver in the 1989 film The Karate Kid Part III, a role he reprised in the 4th season of the Netflix series Cobra Kai.

Griffith became obsessed with Tae Kwon Do while in high school and earned a black belt when he was 18. His knowledge of Tae Kwon Do helped him... Read more