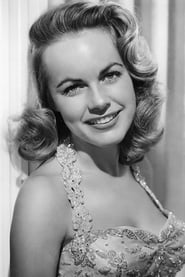 Born Helen Luella Koford on January 7, 1929, the Los Angeles, California native worked as a model before she made her film debut at age 11 in 20th Century Fox's Maryland (1940). Throughout the 1940s, she worked under a variety of names (her own, Judy Ford and January Ford) before settling on Terry Moore in 1948. Placed under contract by Columbia, Moore was loaned out to RKO for one of her most... Read more