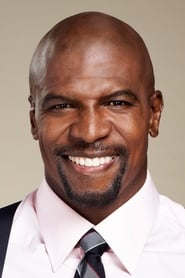 Terrence Alan Crews (born July 30, 1968) is an American actor, comedian, activist, artist, bodybuilder and former professional football player. Crews played Julius Rock on the UPN/CW sitcom Everybody Hates Chris. He hosted the U.S. version of the game show Who Wants to Be a Millionaire and starred in the BET reality series The Family Crews. He appeared in films such as Friday After Next... Read more