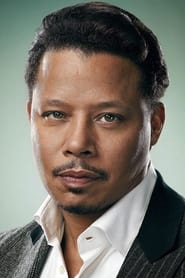 Terrence Dashon Howard (born March 11, 1969) is an Academy Award-nominated American actor. Having his first major role in the 1995 film Mr. Holland's Opus, which subsequently led to a number of roles in films and high visibility among African American audiences. Howard broke into the mainstream with a succession of well-reviewed television and film roles between 2004 and 2006. Among his roles... Read more