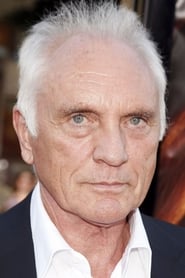 Terence Henry Stamp (born 22 July 1938) is an English actor. After training at the Webber Douglas Academy of Dramatic Art in London he started his acting career in 1962. He has been referred to as the “master of the brooding silence” by The Guardian. His performance in the title role of Billy Budd, his film debut, earned him an Academy Award nomination for Best Supporting Actor and a BAFTA... Read more