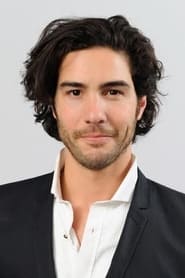 Tahar Rahim (born 5 July 1981) is a French actor of Algerian origin. Born in Belfort, France, his family is originally from the region of Oran, Algeria. He is most notably known for his starring role as Malik El Djebena in the 2009 award-winning French movie A Prophet by Jacques Audiard.

Rahim has demonstrated multilingual skills and an ear for accents, having played in Corsican and Arabic in... Read more