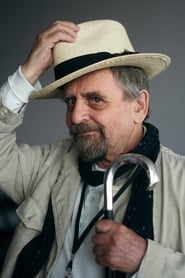 Sylvester McCoy (born Percy James Patrick Kent-Smith; 20 August 1943) is a Scottish actor and physical comedian. He is best known for playing the seventh incarnation of the Doctor in the long-running science fiction television series Doctor Who from 1987 to 1989—the final Doctor of the original run—and briefly returning in a television film in 1996. He is also known for his work as Radagast in The Hobbit film series (2012—2014).