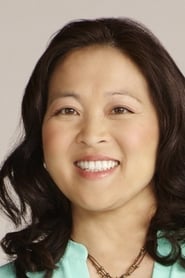 Susan Aiko "Suzy" Nakamura (height 5' 4" (1,63 m)) is an American actress. She starred opposite Ted Danson in the ABC sitcom Help Me Help You. Nakamura has also had many guest appearances on American sitcoms such as According to Jim, Half and Half, 8 Simple Rules, Curb Your Enthusiasm and How I Met Your Mother and had a recurring role in the early seasons of the drama The West Wing as... Read more