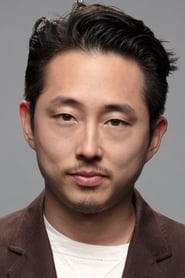 Steven Yeun (Korean: 연상엽; born Yeun Sang-yeop, December 21, 1983) is a South Korean-American actor. He is best known for his roles as Glenn Rhee in the television series The Walking Dead (2010–2016) and Ben in the film Burning (2018). The latter earned him critical acclaim and several accolades, including the National Society of Film Critics Award for Best Supporting Actor. He has been... Read more