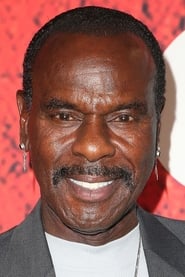 Steven Williams (born January 7, 1949) is an American actor of films and television.

Williams was born in Memphis, Tennessee and raised in Chicago. He is known for his role as Captain Adam Fuller on the Fox Network's hit TV series 21 Jump Street from 1987-91.

He played Lt. Burnett on the CBS drama series The Equalizer in 1989. He later played Det. August Brooks on the short lived TNT's... Read more