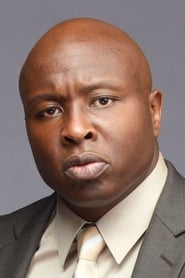 Steve J. Harris (born December 3, 1965) is an American actor who has appeared in a number of films including; Quarantine, Tyler Perry's Diary of a Mad Black Woman, Bringing Down The House, The Rock, The Mod Squad, and Minority Report. He is most famous for his role as Eugene Young on the legal drama The Practice. He has done voice work for the animated television show The Batman as Ethan... Read more