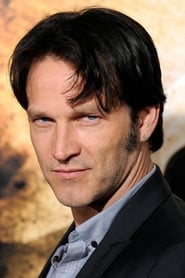 Stephen Moyer is best known for playing Bill Compton in the series True Blood. He is also well-known for his role as Michael in the BBC series Ny-Lon (2004) co-starring Rashida Jones.

Stephen is also a theater actor, having appeared in productions of The Iron Man at the Young Vic Theatre and Romeo and Juliet with the Oxford Stage

On television, he made his debut on the British sitcom... Read more