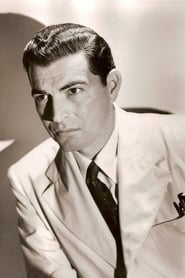 ​ Stephen McNally (born Horace Vincent McNally, July 29, 1911 – June 4, 1994) was an American actor remembered mostly for his appearances in many Westerns and action films. He often played hard-hearted characters or villains. He was an attorney in the late 1930s before pursuing his passion for acting. He was a one time president of the Catholic Actors Guild.