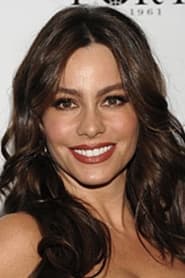 ​Sofia Vergara is the only Hispanic actress who started her career in a U.S. Hispanic Network and successfully crossed over to the general market.

This Emmy nominated actress can currently be seen as one of the leads in ABC's six-time EMMY award winning series, "Modern Family," Wednesdays at 9PM EST. This year she also voiced the role of 'Carmen' in the 3D sequel of Warner Bros "Happy Feet... Read more