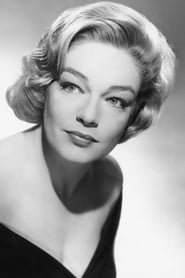 Simone Signoret (25 March 1921 – 30 September 1985) was a French cinema actress often hailed as one of France's greatest movie stars. She became the first French person to win an Academy Award, for her role in Room at the Top (1959). In her lifetime she also received a BAFTA, an Emmy, Golden Globe, Cannes Film Festival recognition and the Silver Bear for Best Actress.