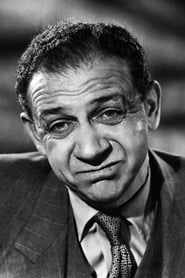 Sid James (born Solomon Joel Cohen; 8 May 1913 – 26 April 1976) was a South African-born English-based actor and comedian. He made his name as Tony Hancock's co-star in Hancock's Half Hour and also starred in the popular Carry On films. He was known for his trademark "dirty laugh" and lascivious persona. Bruce Forsyth summed up his talent thus: "He was a natural at being natural.".