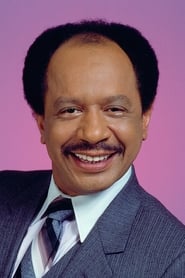 Sherman Alexander Hemsley (February 1, 1938 – July 24, 2012) was an American actor, best known for his roles as George Jefferson on the CBS television series All in the Family and The Jeffersons, Deacon Ernest Frye on the NBC series Amen, and B.P. Richfield on the ABC series Dinosaurs. For his work on The Jeffersons, Hemsley was nominated for a Golden Globe Award and an Emmy Award. He also... Read more