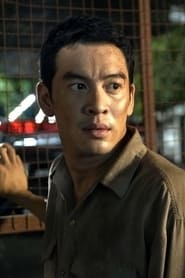 Chakrit Yamnam  (born 25 June 1978 in Bangkok, Thailand) is a Thai film and television actor. His films include O-Negative (1998) with Tata Young, directed by Yuthlert Sippapak. His latest film is Bangkok Dangerous with Nicolas Cage. He is a famous thai actor in high demand, due to his extraordinary acting skills. He has acted in numerous popular lakorns, sitcoms and commercials. He is also... Read more