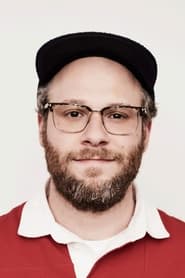 Seth Aaron Rogen (born April 15, 1982) is a Canadian-American actor, comedian, and filmmaker. Originally a stand-up comedian in Vancouver, he moved to Los Angeles for a part in Judd Apatow's series Freaks and Geeks, and then got a part on the sitcom Undeclared, which also hired him as a writer. After landing his job as a staff writer on the final season of Da Ali G Show, Apatow guided Rogen... Read more