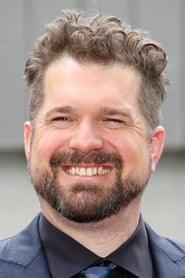 Seth Gordon has produced and edited the critically lauded films NEW YORK DOLL and CRY WOLF, which grossed $10m at the US box office, and was the cinematographer on the Oscar-nominated SHUT UP AND SING.

Most recently, Seth directed the critically acclaimed THE KING OF KONG: A FISTFUL OF QUARTERS. The film was noted on a host of critics; and publicationsʼ Best of the Year lists. He is... Read more