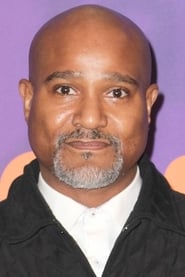 Seth Gilliam (November 5, 1968) is an American screen and stage actor. He is most known as Father Gabriel on AMC's post-apocalyptic series The Walking Dead, first appearing in Season 5.

He is also known for his HBO television roles, first as corrections officer-turned-prisoner Clayton Hughes on Oz, and later as Baltimore police detective promoted to Sergeant, Ellis Carver on The Wire. On both... Read more