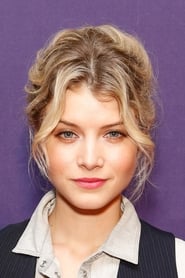 Sarah Jones was born on July 17, 1983 in Winter Springs, Florida, USA. She is an actress, known for Alcatraz (2012), Sons of Anarchy (2008) and The Path (2016). Jones also appeared in the television shows Huff, Ugly Betty, and Big Love. She played the youngest of three sisters who run a wedding planner business in Fox's short-lived dramedy series The Wedding Bells. She has also been in two independent movies, Still Green and The Blue Hour.