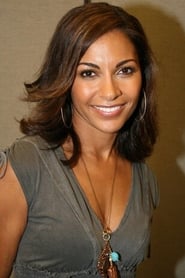 Salli Elise Richardson-Whitfield (born November 23, 1967, height 5' 4" (1,63 m)) is an American television and film actress. She is known for her role as Dr. Allison Blake on the sci-fi TV series Eureka and her voice acting as Elisa Maza on the Disney animated series Gargoyles.

Richardson-Whitfield was born in Chicago, Illinois, the daughter of an African American mother and an... Read more