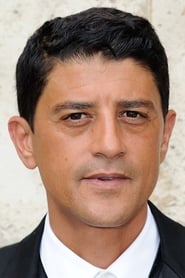 Saïd Taghmaoui (born July 19, 1973) is a French actor and screenwriter of Moroccan background. One of his defining screen roles was that of Saïd in the award winning 1995 French film La Haine directed by Mathieu Kassovitz.However, Saïd has also appeared in a number of more recent English Language films, with roles such as the U.S.-trained philosophical Iraqi interrogator Captain 'My Main... Read more