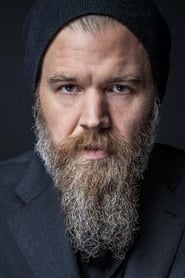 Ryan Douglas Hurst (born June 19, 1976) is an American actor who perhaps most notably starred as Gerry Bertier, an All-American linebacker in Disney's Remember the Titans and as Alison's brother, Michael, in the show Medium. He also played the role of football player Lump Hudson in The Ladykillers, appeared in the movie We Were Soldiers as Sgt. Savage, and starred in the TNT show Wanted. In... Read more