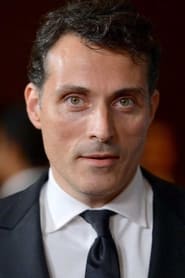 Rufus Frederik Sewell (born 29 October 1967) is an English actor. In film, he has appeared in The Woodlanders, Dangerous Beauty, Dark City, A Knight's Tale, The Illusionist, Tristan and Isolde, and Martha, Meet Frank, Daniel and Laurence. On television, he starred in the 2010 mini-series The Pillars of the Earth. Earlier he played the hero, Will Ladislaw, in the BBC adaptation of George... Read more