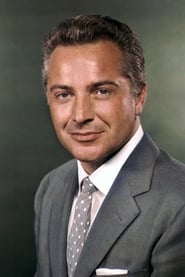 Rossano Brazzi (18 September 1916 – 24 December 1994) was an Italian actor. Brazzi was born in Bologna to Adelmo and Maria (née Ghedini) Brazzi. He attended San Marco University in Florence, Italy, where he was raised from the age of four. He made his film debut in 1939. He was propelled to international fame with his role in the English-language film Three Coins in the Fountain... Read more