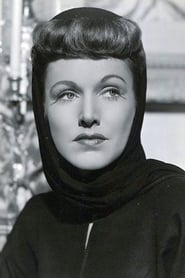 Rose Hobart (born Rose Kefer) was an American actress and Screen Actors Guild official. When Hobart was 15, she debuted professionally in Cappy Ricks, a Chautauqua production. She was accepted for the 18-week tour because she told officials that she was 18. At that same age, she was cast in Ferenc Molnár's Liliom, which opened in Atlantic City, New Jersey. Hobart's Broadway stage debut was on... Read more