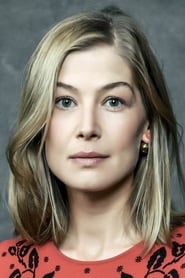 Rosamund Mary Ellen Pike (born January–February 1979) is a British actress. She has received various accolades, including a Golden Globe Award and a Primetime Emmy Award, in addition to nominations for an Academy Award and a British Academy Film Award.

Pike began her acting career by appearing in stage productions such as Romeo and Juliet, alongside Paul Ready, and Gas Light. After her... Read more