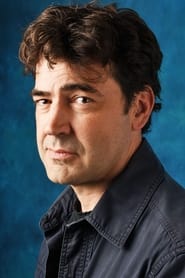 Ronald Joseph "Ron" Livingston (born June 5, 1967) is an American film and television actor. His roles include a disaffected corporate employee in the film Office Space, a sardonic writer in a short-term relationship with Carrie Bradshaw in the TV show Sex and the City, and Captain Lewis Nixon in the miniseries Band of Brothers. In 2006, he starred as FBI negotiator Matt Flannery in the Fox... Read more