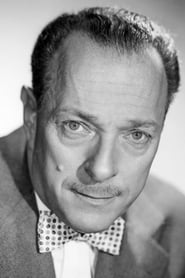 Roland Winters (born Roland Winternitz) was an American actor who played many character parts in films and television but today is best remembered for portraying Charlie Chan in six films in the late 1940s.

Monogram Pictures eventually selected Winters to replace Sidney Toler in the Charlie Chan film series. Winters was 44 when he made the first of his six Chan films, The Chinese Ring in 1947... Read more